This fall, I took a 2-week solo trip to Italy. The primary cities I visited were Rome, Florence, San Gimignano, and Siena, with brief stops to San Miniato, Volterra, and Fiumicino. This is part 2 of a series of articles recapping the trip. 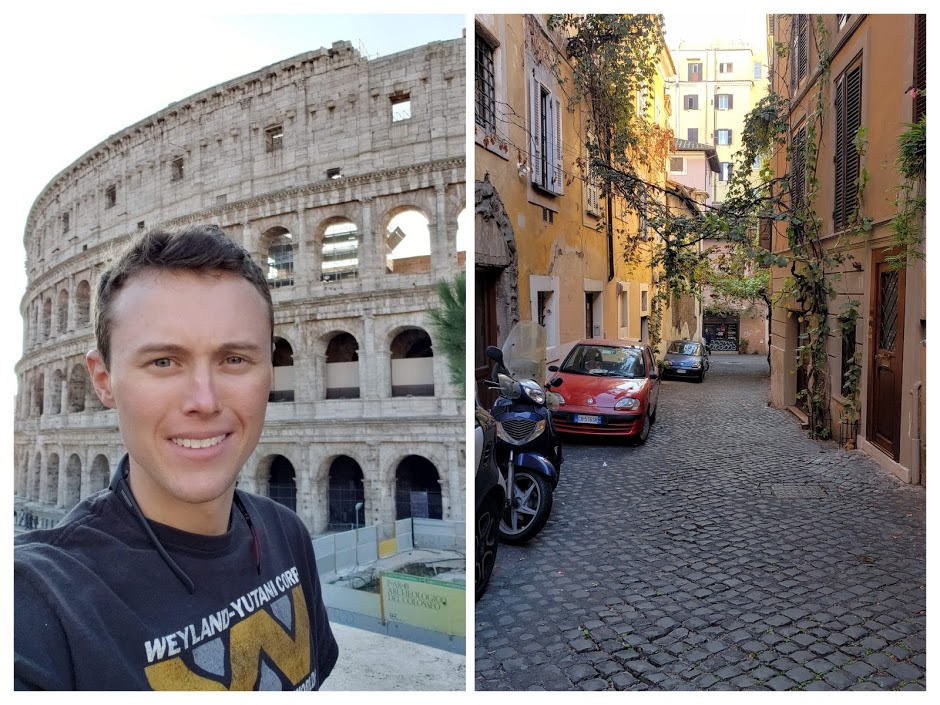 For Rome my stop in Rome, the first of the trip, I had the most planned-out. On the first two days, I had guided tours planned for the mornings. The Colosseum, Palatine Hill, and the Forum on day 1; the Vatican on day 2.

For the most part, the major sights did not disappoint, and I was pleasantly surprised by “not touristy” the majority of the city was. You can be near a major landmark, surrounded by people, take 20 steps down a side-street and find yourself walking alone in a beautiful neighborhood.

I stayed at the RomeHello Hostel, which was my first dorm hostel experience. It was quiet at night, and seemed to be populated with mostly sightseeing solo-travelers, which was perfect for me. I did not take advantage of any of the group walking tours that they offered, but enjoyed getting talk with other travelers in the common areas. I was able to walk to all of the sights in 30 minutes or less, with the exception of the Vatican which was a straight-shot metro ride from a station near the hostel. 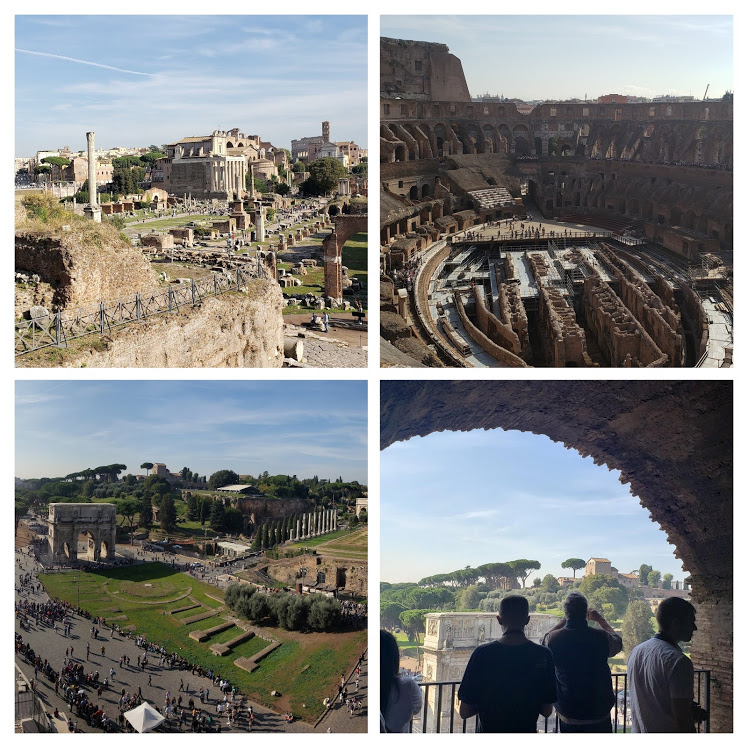 For my visit to these popular “ancient Rome” sights, I took a guided tour which covered the Colosseum, Roman Forum, and Palatine Hill.

Prior to the trip, I read Rubicon by Tom Holland, which is about the final years of the Roman Republic, so I was excited about walking in the places that the characters I had read about walked, over two thousand years prior. Even though not much of the forum remains beyond foundations and a few still-standing columns, having a sense of the history makes it special. Having a knowledgeable tour guide was also a big help when imagining what the ruins would have looked like 2,000 years ago.

With the Colosseum, partially because of extensive restoration and upkeep efforts over the years, there is much more for your imagination to work with. I was surprised by how large it actually is. Almost as amazing as exploring the Colosseum itself is the views of the surrounding area, from the upper levels. 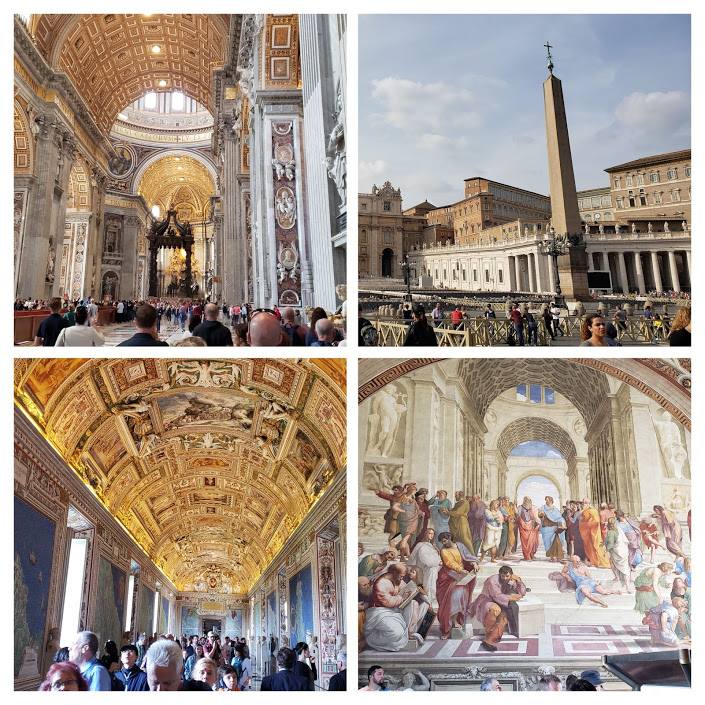 Arriving at St. Peters square at 7:30am (I had a guided tour scheduled for 8am), I was surprised to find it mostly empty. Wandering around a “famous” place that I had seen pictures and video of many times before without many others around was almost surreal.

For a non-Catholic, a tour of the the Vatican is essentially an art tour. Some of the architecture is very impressive, and many of the paintings beautiful; but, without much art knowledge, an appreciation for what makes many of the works “special” was lost on me.

For example, the interior of the Sistine Chapel, with Michelangelo's painted ceiling, was impressive, but was far from the most aesthetically pleasing art that I saw, even compared to art in small churches around Italy. Some of the individual scenes are beautiful, but I didn't seem much cohesion to the entire room – it just looked like a cluster of “stuff”, to me. Also, stating the obvious, the amount nudity in the paintings still a pretty striking thing to see in a church; it seems so at-odds with all of the other customs and convention I would associate with the Vatican and Catholicism.

My favorite parts of the tour would be the Gallery of Maps (bottom-left in the collage) and The School of Athens (bottom-right) by Raphael, mostly because I was already familiar with and had an appreciation for the painting, because of its depiction of classical philosophers. 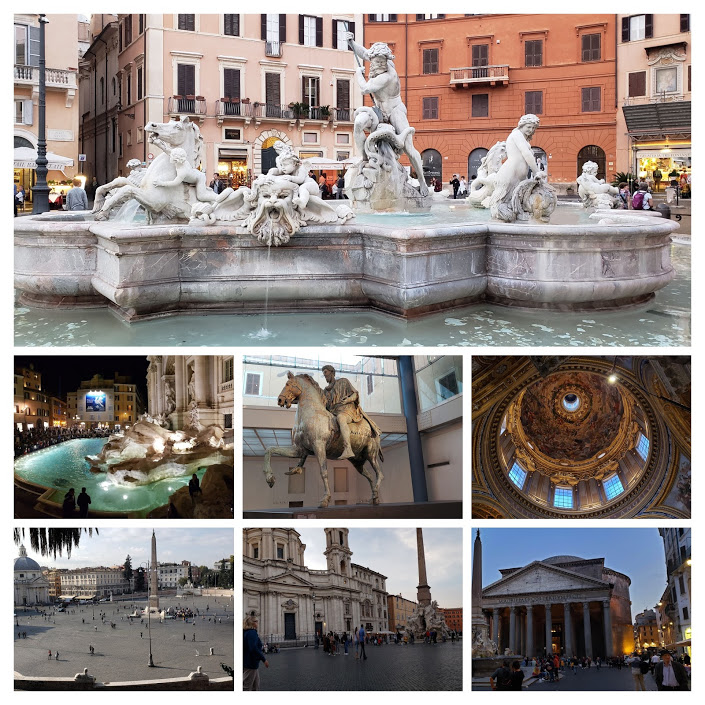 Some other, unorganized thoughts about Rome:

Coming next, my visit to Florence…